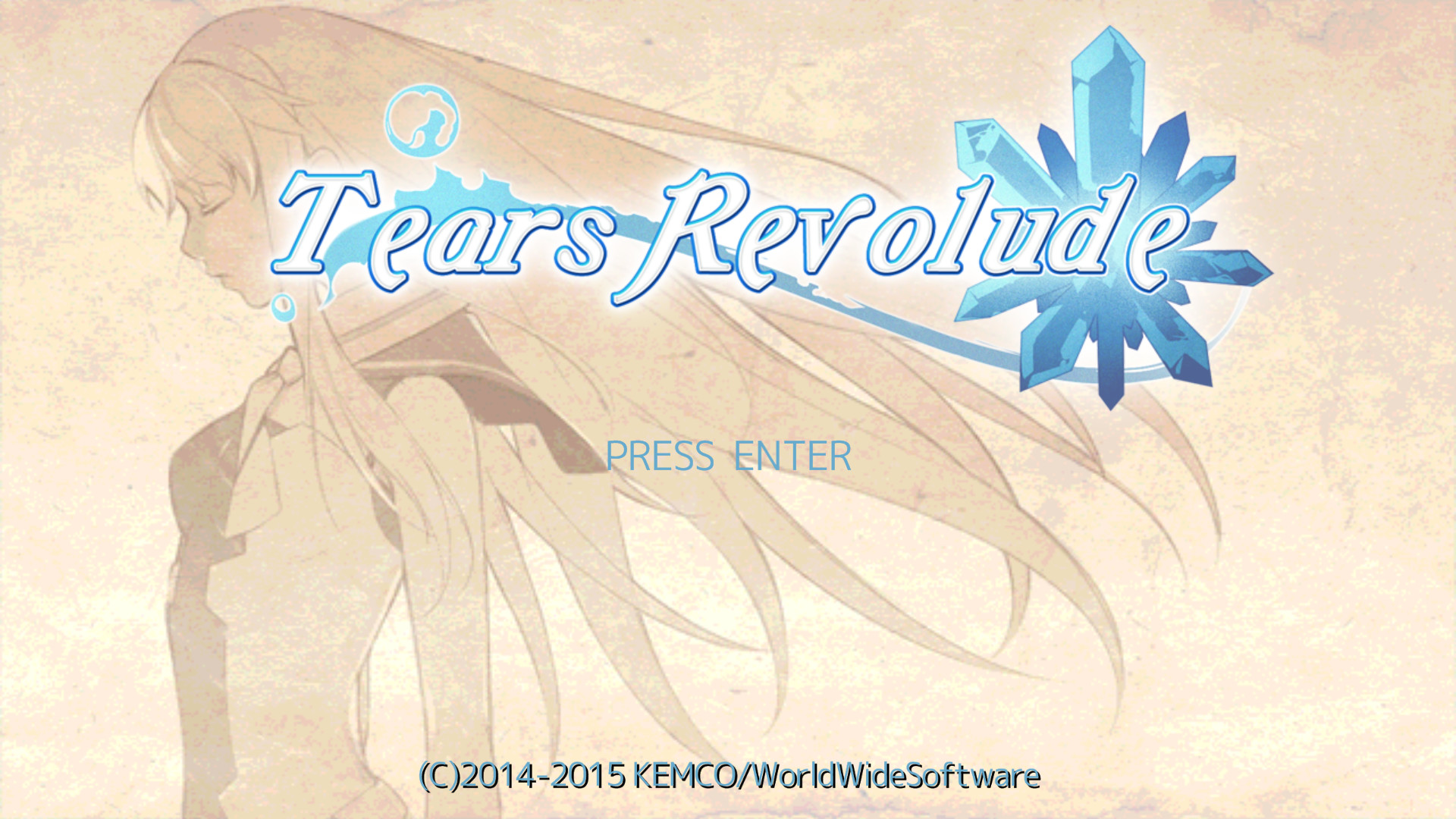 With the RPG genre, it feels like you are reading a storybook – Ideas and themes may continue from game to game, but each game offers something different on its finely printed pages. Something as simple as a character or plottwist may elevate the final product to a new level, but can the same be said for games going backwards in play style? That is where Tears Revolude comes in. Tears Revolude is an indie action adventure RPG developed by WorldWideSoftware and released by Kemco that returns the RPG to its dungeon crawling roots, but at a cost of some of its more modern day features. 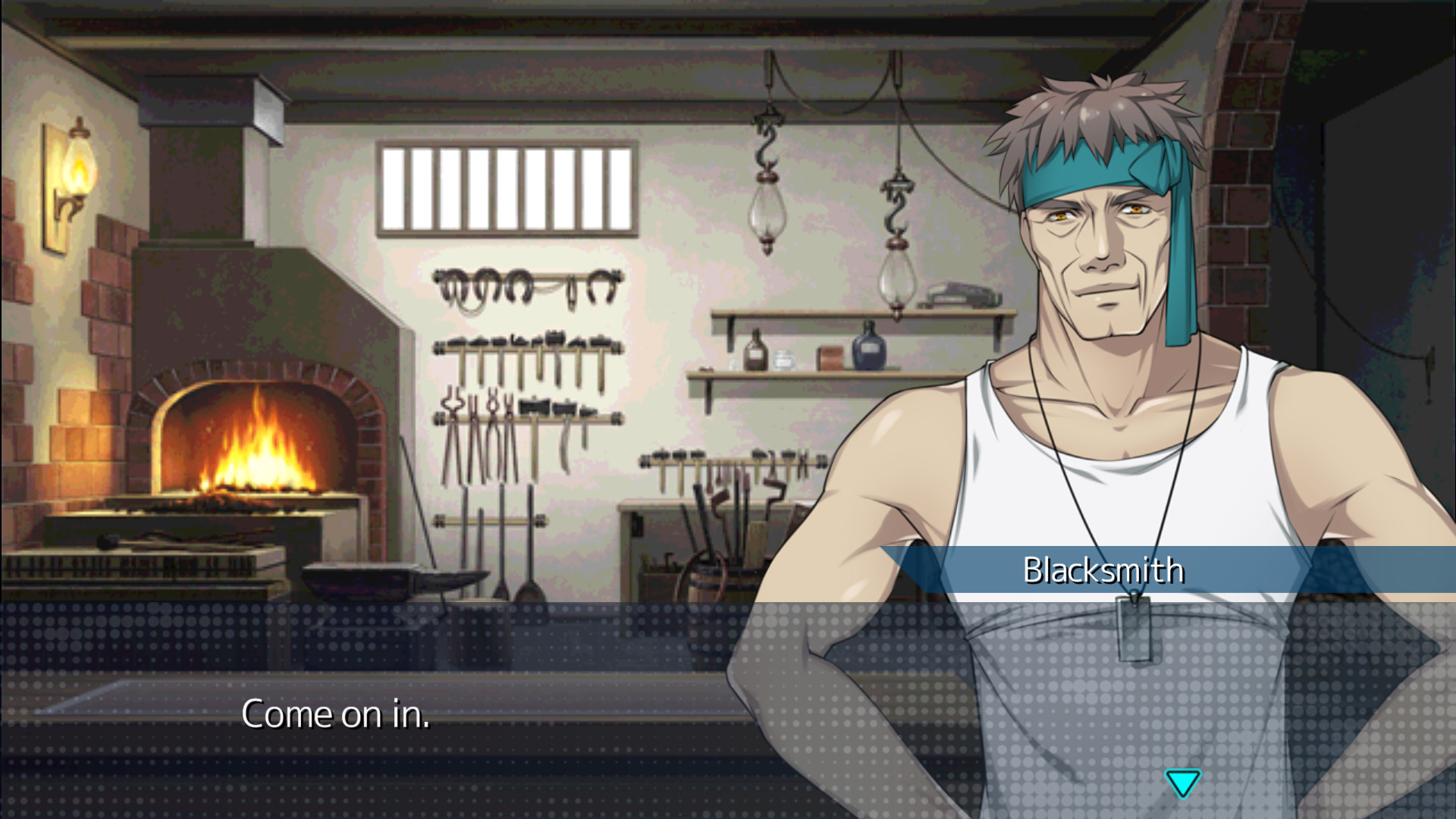 Draw thy sword and steel forth as the story presented to us by Tears Revolude leads on a tale of surprise, mystery, and the memories of a young girl. We, the player, follow the lives of Sion and Michelle, two explorers – who while spelunking inside of a cave – come across a weird wolf-like creature that has crystals studding from his fur. Upon beating this wolf, however, a young girl appears in the room, her name is Liara and after figuring out she has no memory but of her name, the two take her to a local town in hopes to learn more. With Liara in tow, the two continue their spelunking until a woman appears before them from a group known as The Guild. Now armed with a curiosity that only some knowledge can soothe, the three begin their journey to find Liara’s memories, and a reason why these crystal-covered beast are rising. I will end the story segment here for spoiler purposes but as stories goes, it is good but a tad slow to pick up in pace. 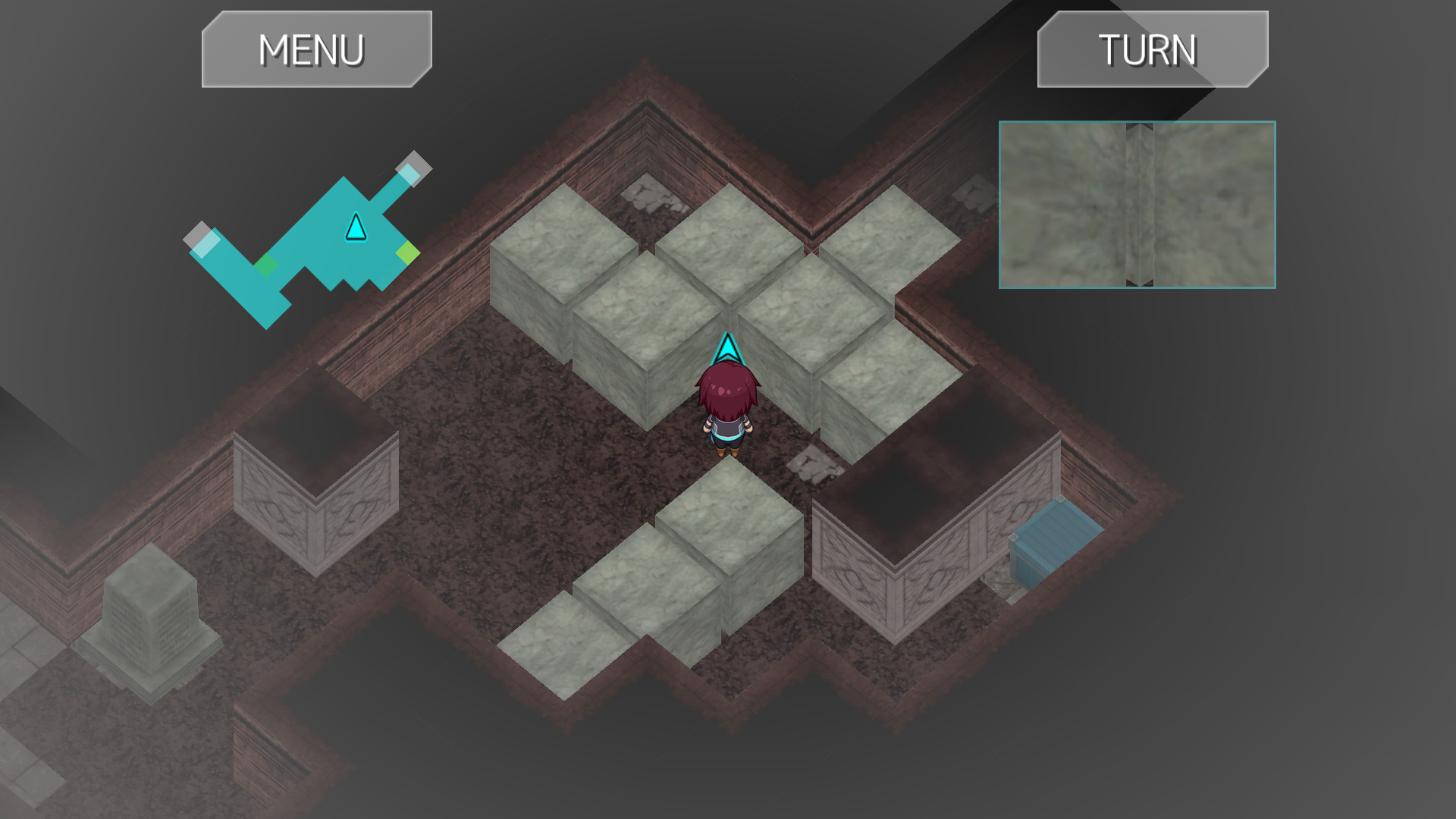 As a story, I only found but a few real gripes to speak about, some of them being bugs I ran into as I was playing. The big gripe I had with the story was its overall pacing and how it slowed down the game for me. As a lover of RPGs, especially JRPGs, the story tends to take a big forefront, and where the story was good in its originality, it fell behind in its overall pacing; specifically the start of the story is where I felt the pacing slowed to a crawl. This is fixed, however, as the game goes on – but it is at such a key interval point of the game that some may consider it a game breaker. As to bugs, I only found one that could cripple the game when I was playing, where at times you are in the pause menu healing or using an item and as you go back, the boxes would not load. This bug I ran into two or three times, forcing me to remember to save often, just incase it did happen so I wouldn’t lose my progress upon restarting the game. 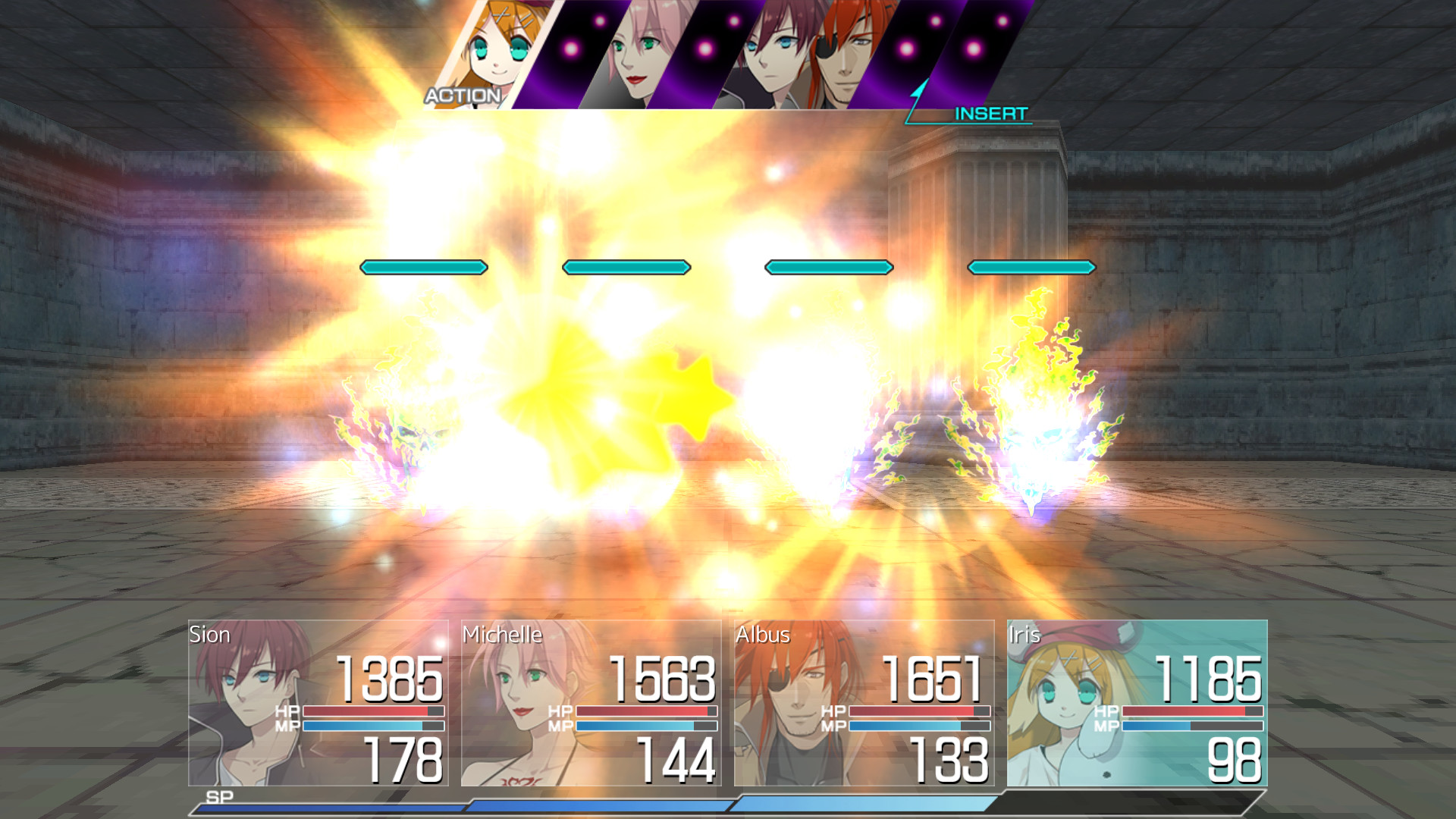 Casting the fireball, we start the gameplay section and with so much content to speak about, I am going to boil it down into two components: The overworld systems and the dungeon crawling systems. Spelunking is the name of the game but you will want to be prepared before you do so, the overworld systems are in place just for that reason. Your main hub is small villages where you can buy and sell items, pick up quest from worried villagers that when turned in give you gems and other items, or speak to the blacksmith and level up your weapon. Traditionally, leveling your weapon is just to increase a weapon power or durability level but here, you have one weapon for the entire game and swap out between 4 different types of the weapon so your upgrades give you new abilities instead. These abilities, depending on when you get them in the game, can make or break a dungeon very easily. You can also increase the amount of gem slots in the weapon from the blacksmith to increase your stats in place of an armor or weapon upgrade. These gems can be gathered from dungeons, as well as quest rewards and with a good amount of different types of gems, how you build your characters can be endless. The remaining portion of the overworld is the world map which lets you travel from area to area, it does feel bland though as you do not get that grand scale like an RPG should feel as you make your way to that location, instead just arriving there and getting some general story exposition. 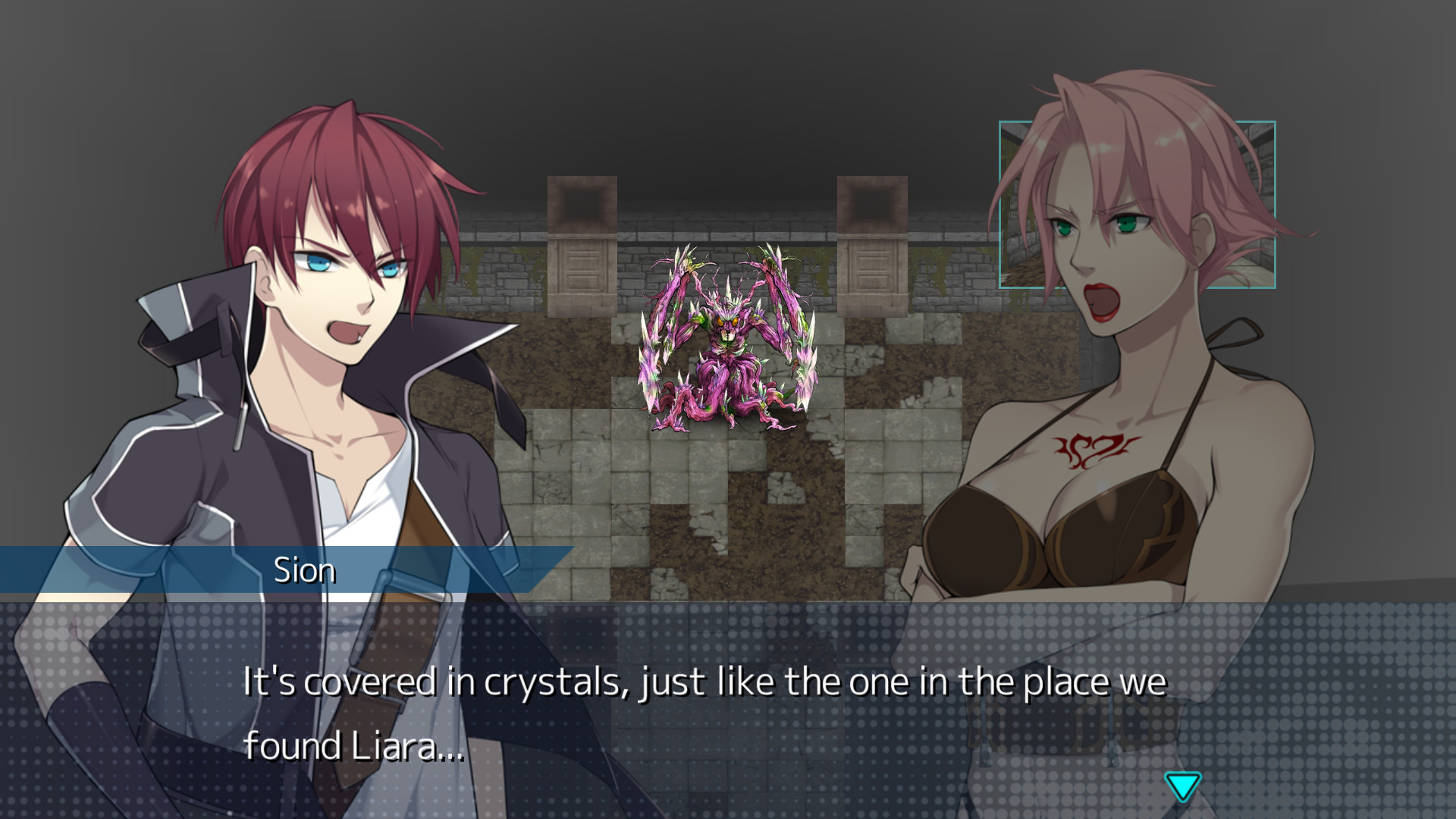 So you think you are ready to brave the dungeons below, upgraded your weapon and spells in tow? The dungeon crawling system is great throwback to older RPGs in how it preserved that traditional playstyle and still tried to improve upon it, utilizing a top down perspective with a special front forward camera to see what is in front of you to pick up treasures and fight monsters. In combat, you are given a different menu where you can choose everything from using an item to attacking and defending. The difference that Tears Revolude does with this system is the addition of special attacks, attacks where if your meter is filled enough from fighting monsters, you can including fellow party members and utilize a special shape system. This system lets you, using your mouse if its on pc controls or the joystick on controller, form shapes with dots on the screen to increase the move’s power and when it goes of, it fills the screen with a different effect, based on which character usd the move. The other thing to note is your spells from your weapons always start out as level one and to level them up, you have to use them on enemies. The amount of uses is always five at level one, and goes up from there, but each level increases something on the move as well as its mana cost to use it. 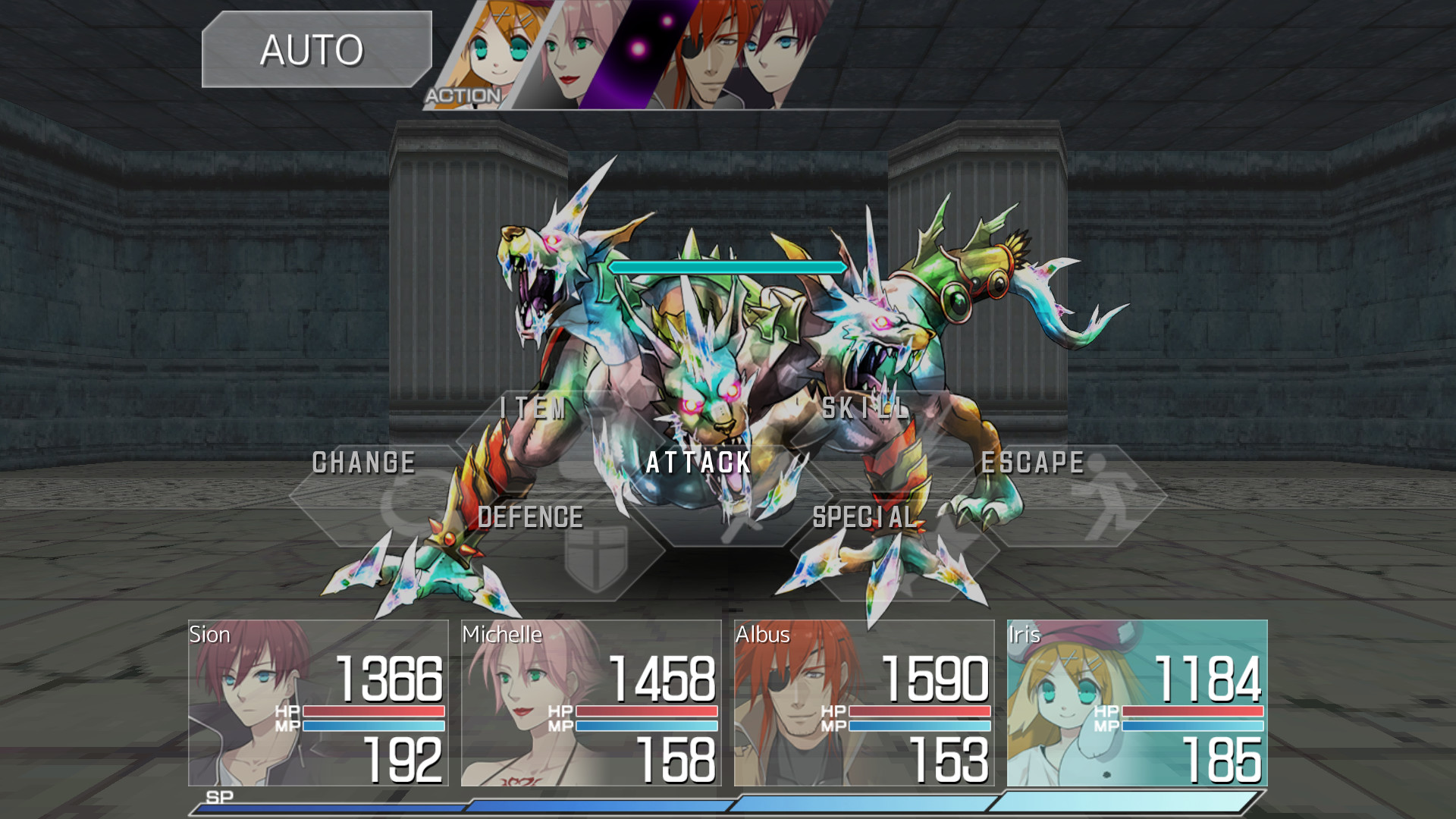 To describe the presentation of Tears Revolude would be like a rough comic, where the visuals are okay in some places, great in others, and if it had music, a play off of traditional RPG music. The visuals of Tears Revolude were a mixed bag for the most part, leaving some wonder as to where most of the detail went. The background is the biggest area you could ask this question to, as the background felt and looks generic including the digital ones used for the backgrounds of actual battles. The character models as flat 2D images in the game were the best designed, and with proper detail such as movement to go with them. If the detail had been kept the same among the whole game, I felt it would have been a better presentation overall. 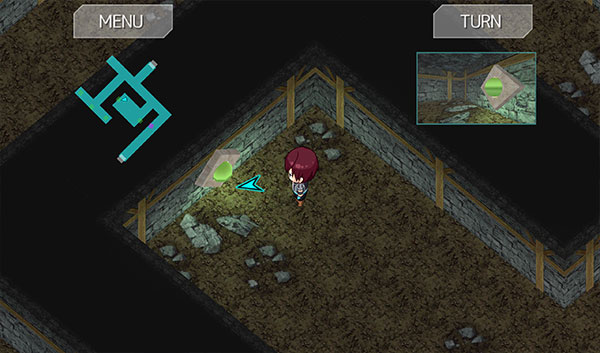 The music used in Tears Revolude was one of the better features of the game, while not really memorable it felt in line with the games nature. Most of the game’s soundtrack was well thought out, even if it was simple as it pulls a lot from the traditional elements you see in RPG soundtrack like piano, some wind and the rare jazz beat thrown in. The sound effects, while okay, did not stand out like its soundtrack however. They were used well, which is appreciated but they came to be the normal fare for games of the genre. 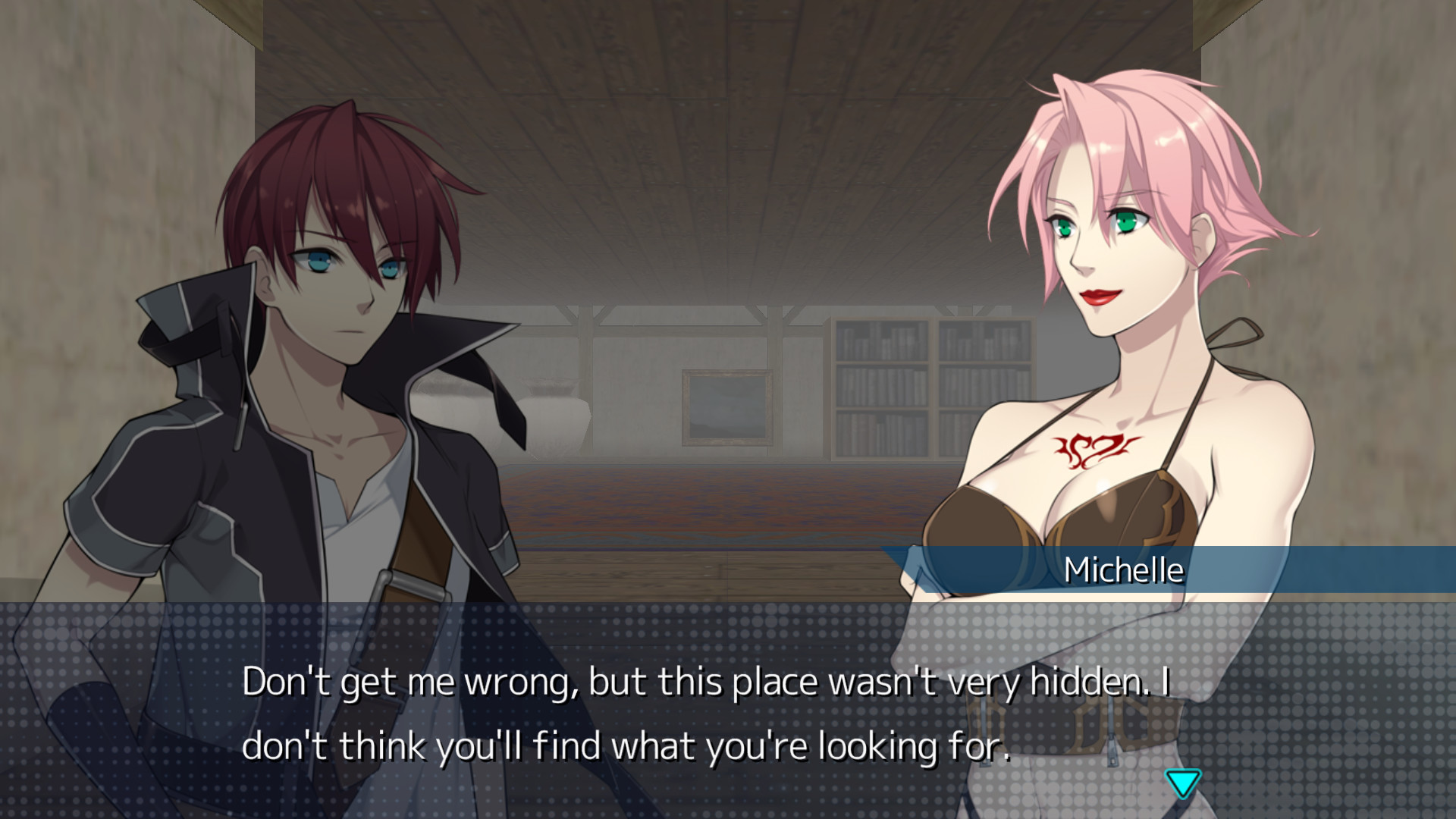 Overall, Tears Revolude was a nice throwback to the days of dungeon crawling RPGs, though it did feel archaic in some of its design choices and features, ultimately dropping the experience as a whole. The slow but well told story, interesting characters, cool twist on a gear leveling system, use of the overhead and frontal camera in dungeons, shape system for special moves, 2D character art was good and well thought out soundtrack made the game a trip down memory lane worth looking at.

For the price of $9.99USD on Steam, the story and characters make this game worth a look, but I can only recommend this indie RPG to those looking for an interesting dungeon crawling experience with the camera system and weapon leveling system the game has to offer.