Latest posts by DarkLunarDude (see all)
Stories of Bethem: Full Moon PC Review by DarkLunarDude
Genre: Action, Adventure, Indie, RPG
Developer: GuGames Development Publisher: GuGames Development
Release Date: Dec 11, 2015
Stories of Bethem: Full Moon is a rerelease of Stories of Bethem and in this sense, has retained many of the gameplay and story elements the previous incarnation had to offer plus some new one. Does Full Moon however improve gameplay, graphics, and other features enough to make it worth taking another dive into the world of Bethem and take on the new challenges that await? Well let’s press on and tell that tale. 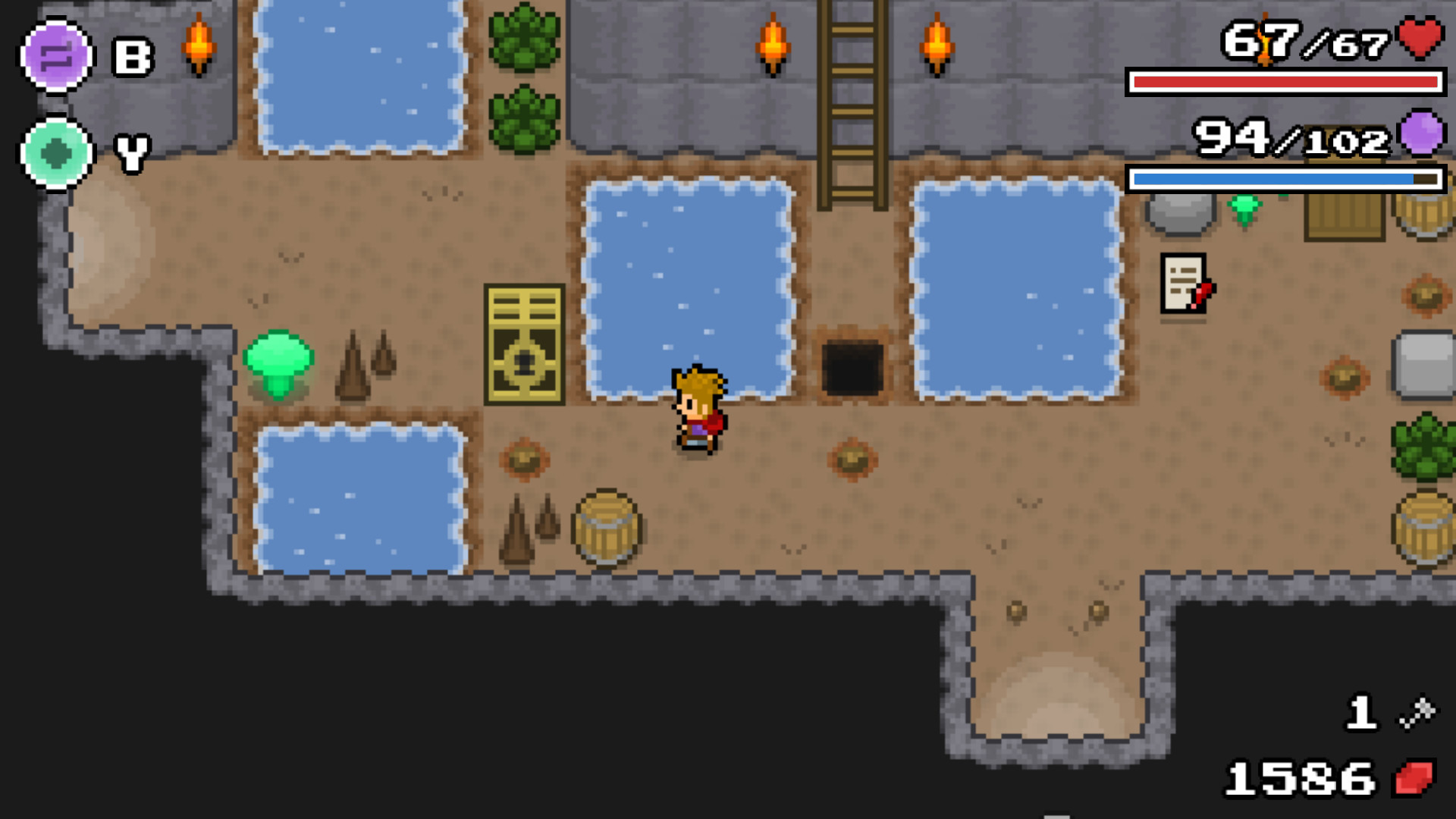 In terms of story, Stories of Bethem: Full Moon is near exact to the original story but with a few new twist. We start our adventure as a man in a forest-type area in search of what we can tell is Oneiric tower. A simple push of a stone block later and we see what the man was searching for, only to be interrupted by a woman in blue, she later becomes known as the blue witch and our main villain so to speak but that’s down the road. The man, feeling so close to finding what he sought, takes off in a sprint and enters the tower only to find its blocked off and now blocked in by the blue witch. A simple flash of light and a title screen later, were introduced to the hero of our tale, Khoma who is on his way to meet the red witch, one of the three sisters to the blue witch and upon finding her within her home, ask for help to break the oneiric spell that has been place on his father. The red witch, seeming more in it for profit then to help Khoma, starts by saying his father dieing would be the easiest way but since Khoma won’t give up so easily, she agrees so long as he gather the eight oneiric objects scattered across the land of Bethem and ends up selling him a bracelet and spell orb to begin his journey. With bracelet and wind spell in hand, Khoma sets off across the land known as Bethem to find the eight treasures and save his father! 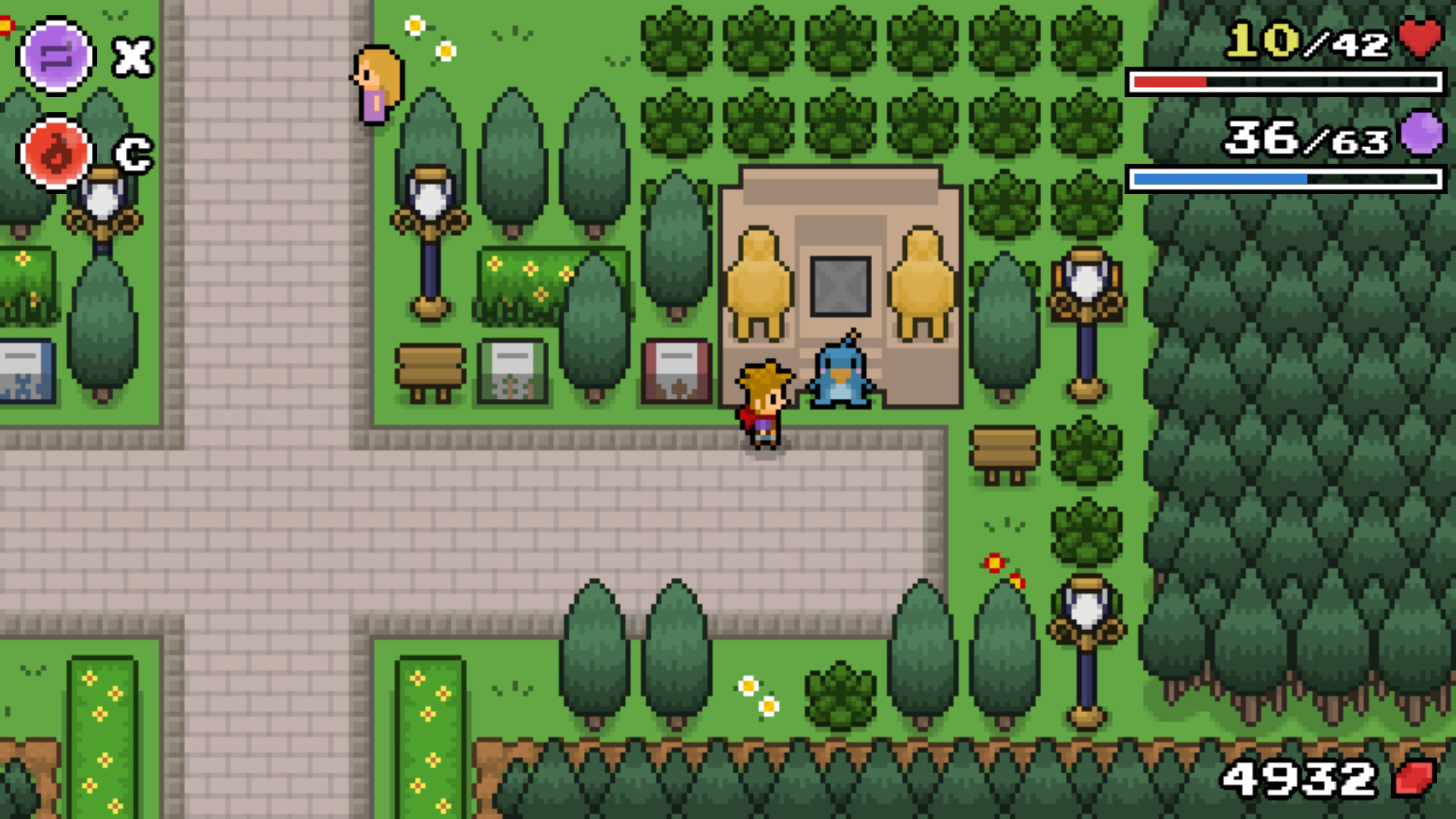 Gameplay wise, Stories of Bethem: Full Moon does start to feel a tad clunky. The main buttons in the game are the arrow keys for movement, z to interact with something/someone, x for your first spell orb and c for your second and while this does get more natural overtime if you’re not willing to change it like me, you may feel inclined to play with a controller or even try rerouting some of the controls to get comfortable with the game early. There is no dodge mechanic for attack dodging which is a sorely missed opportunity that could have saved my life in game more than once and while i appreciate the sense of your aim matters before you fire a spell off, a form of targeting system would have aided against specific enemy types. Sidequest also appear in Full moon with a few new one but the ones i ended up focusing on were the Unknown Medallions which are used by the green witch to upgrade your bracelets power as well as the aura collecting, the happy candies which you give to a ghost girl seeking to be with her mom in the afterlife once you collect all forty of them, the chapters of the history of bethem which is triggered by the librarian in central city, one per dungeon and the aura collecting from the Bethem Museum which are dropped by monsters upon killing them and based on your bracelets level will range anywhere from easy to wrecking your finger hard by mashing the z key over and over. There is also truffle hunting as well as activating all the portals in Bethem but unless you’re one hundred percenting the game, you are unlikely to do these two much at all from what i’ve found. 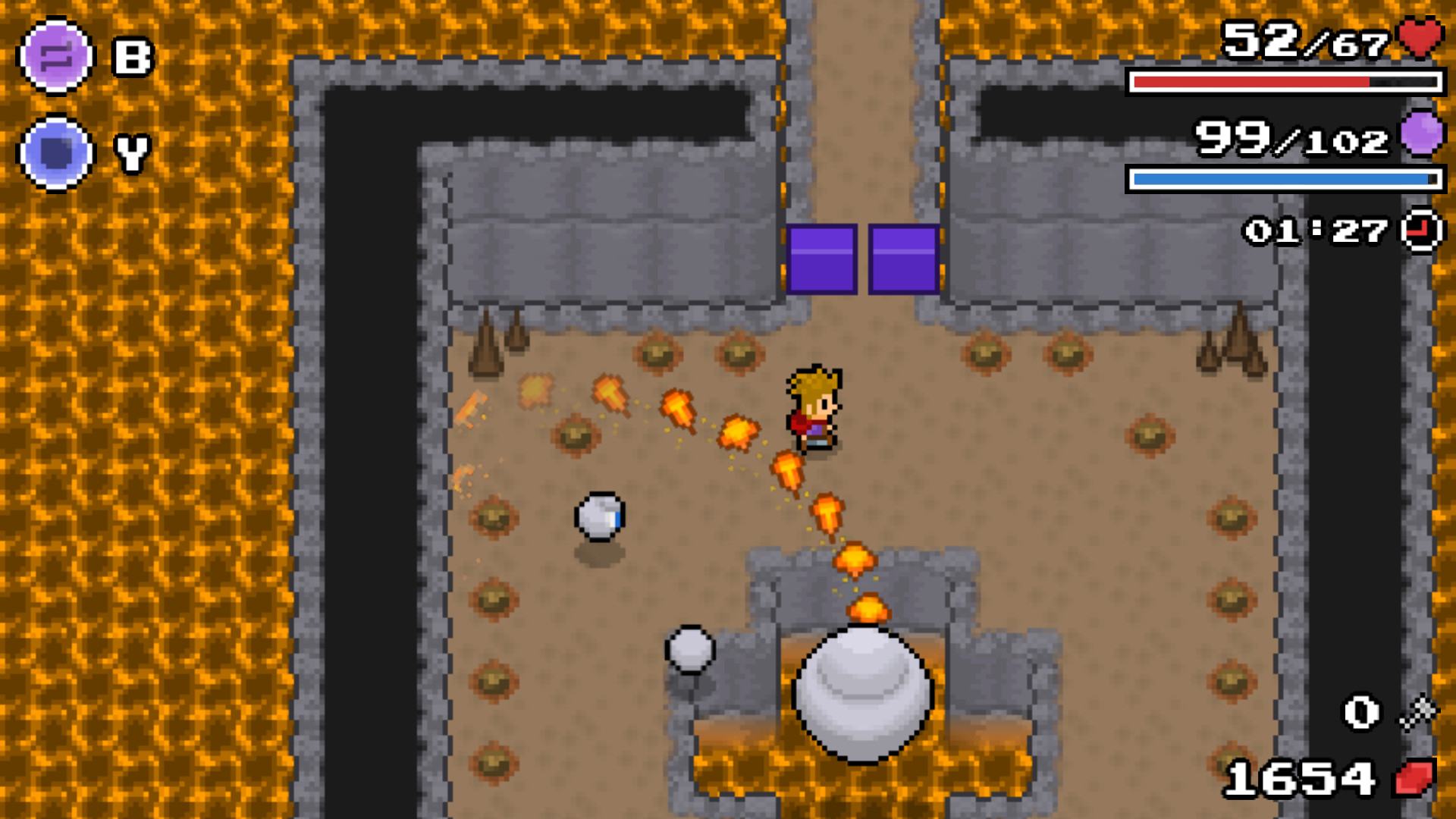 With characters, we have a variety but each different from the last which was a nice pace changer though many often time felt like one time side characters and done. Khoma is the main character and son of the man who sought out the tower, willing to do anything to save his father from the curse which ultimately sets him down a road of slaying monsters and gathering the eight objects for the red witch, the red witch who promises to cure Khoma’s father if he can gather the eight objects, the blue witch who is our main villain, the green witch who upgrades your bracelet for Unknown Medallions and the yellow witch who makes the most powerful potion in the game, the yellow potion. 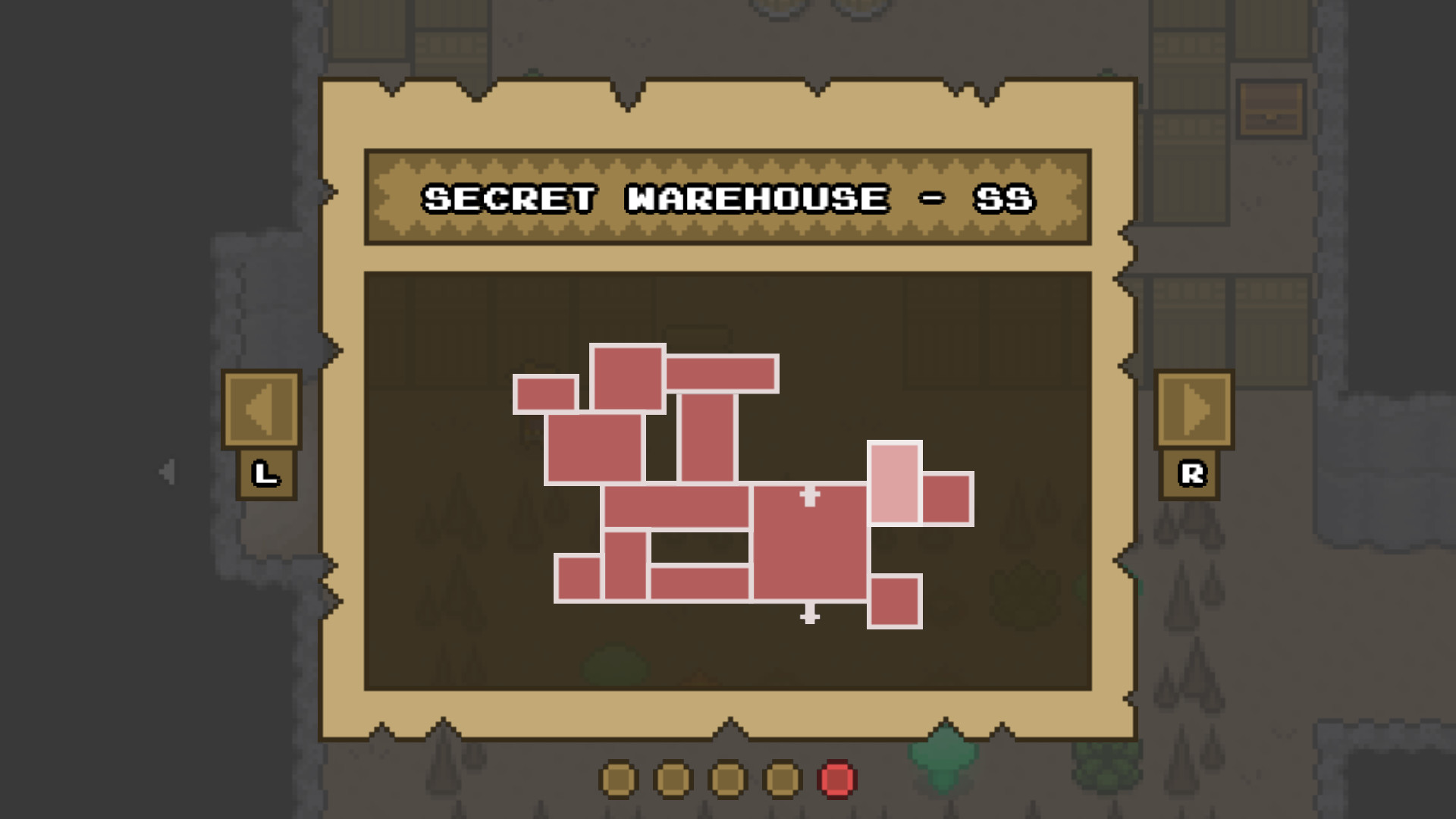 Art and music wise, Stories of Bethem: Full Moon is a mixed bag. The graphics for Full Moon are much better than its predecessor with more vibrant colors, most characters having unique sprites and the monsters following suit with unique color pallets for each variations though you see a lot of colors get reused as the monsters get harder as sort of a sign or warning of what variation you are fighting. Musically though is where the 8 bit chiptunes begin to feel old though, most zones you go through, you will pass more than a few times and if your farming gems for that one item or a potion from central city, you will grow tired of it quickly. The boss music though is refreshing, changing with tones and notes depending on where you are and what you’re fighting. The lack of Voice acting felt like a let down though for a revamped edition of a game, especially with the amount of text you have to go through for some sections. 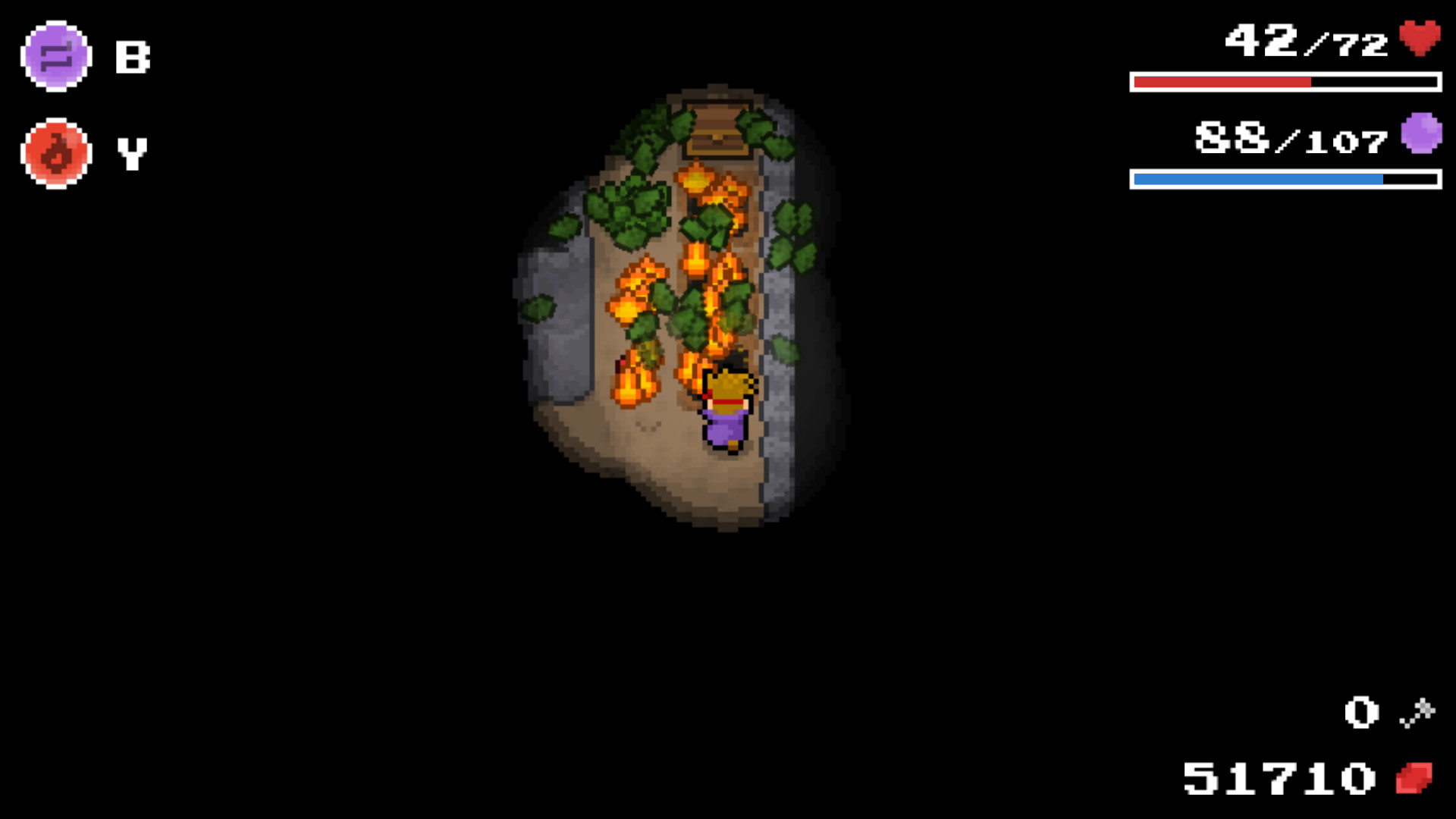 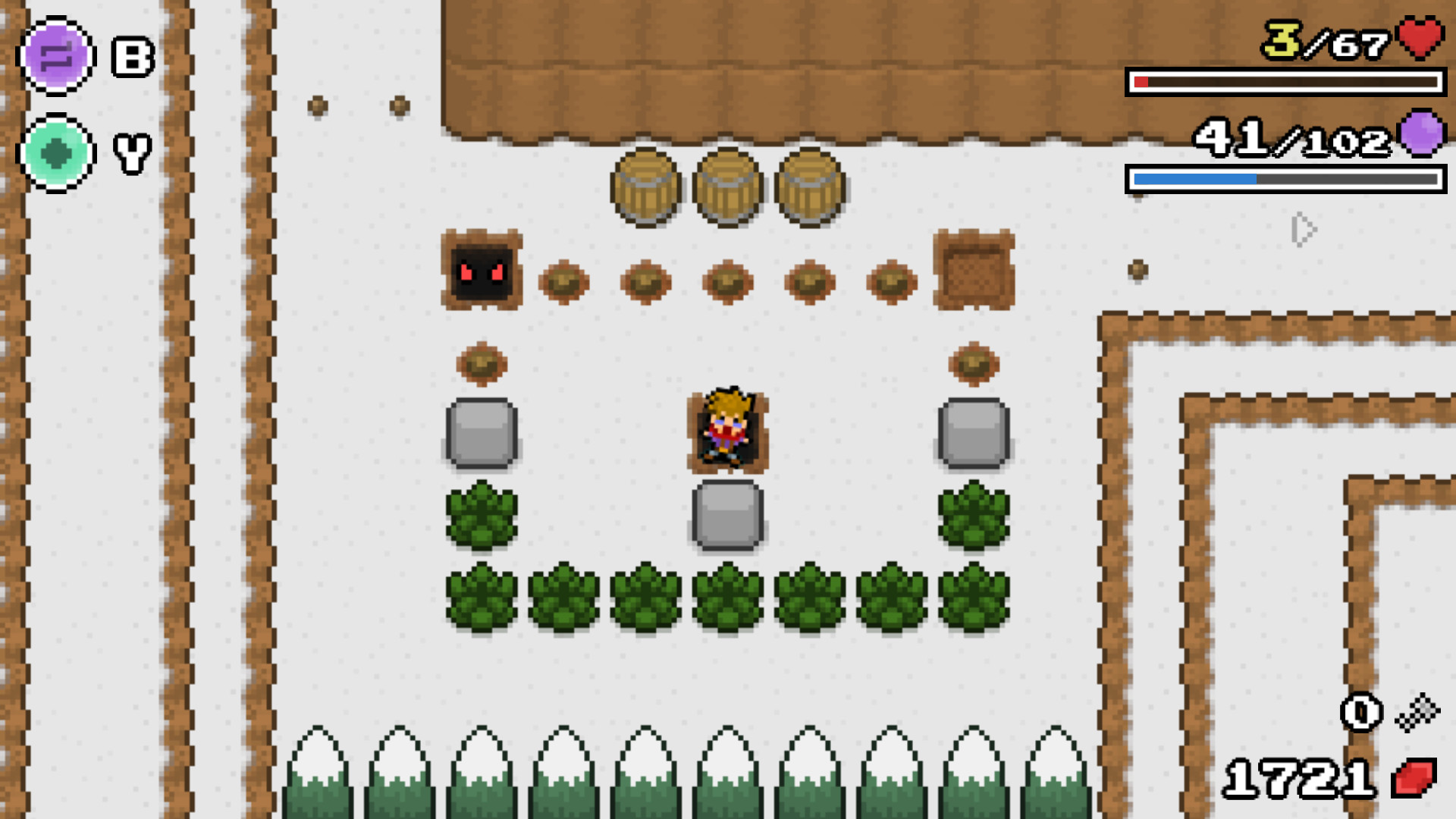